Last night I smoked a 2013 Romeo y Julieta Wide Churchill and a Byron Poema back to back to test my assertion that I would put a Byron against a Cuban any day of the week. Below are my notes for each.

The Romeo was well packed chestnut brown wrapper with a nice oily sheen, some veins, and nearly invisible seems. It had a firm draw with barnyard and caramel notes on the dry draw. The aroma from the foot was hay, cedar, and spice.

1st third. Very smooth and creamy. Excellent burn. Darker ash. Notes of must, leather, with hints of orange zest, and cedar. Medium bodied. Retro had notes of must and spice. The aroma of the cigar was toasty. Finish had cedar, earth, and a hint of coffee, and caramel.

2nd third. Still musty. Burn and ash continued to be flawless. While the notes of caramel, orange, and cedar were still there, the cigar seemed to become milder in flavor.

Final third. The notes of orange had disappeared and the cigar seemed to increase in both strength and flavor, with stronger notes of cedar, hay, and leather. It also got some nice spice. Notes of ammonia appeared in the final inch. Blowing out helped some with that. 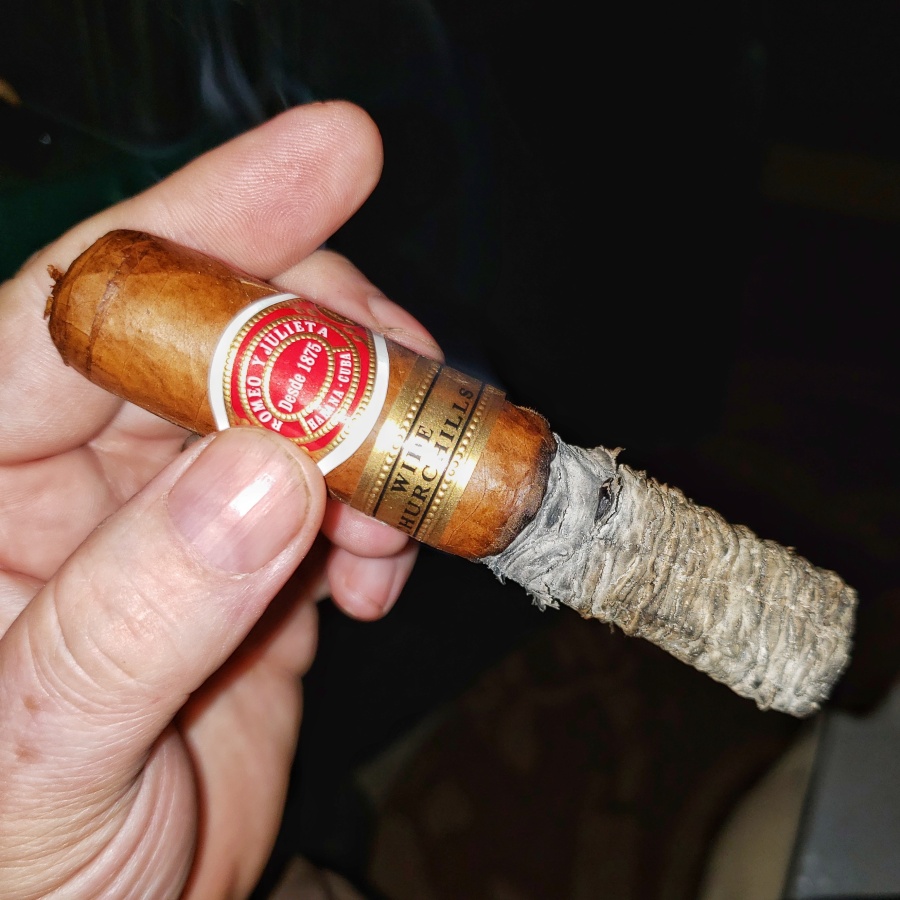 The Poema had a darker chestnut wrapper with a light oily sheen, nearly invisible seams, and was well packed. Very light scent hay and cedar on the foot. The dry draw was excellent, with notes of hay and barnyard.

1st third. It had a perfect burn and a razor thin burn line. Right off I picked up notes of cedar, cinnamon, leather, with light notes of coffee. The retro had strong notes of white pepper and cedar. After first ¼ inch, the white pepper on the retro was gone. The aroma was toasty. Finish was smooth, oily, and made me think of cedar, coffee, and nuts. Near the end of the first third the white pepper was back in the retro along with some orange zest. Faint orange tinge on the retro. 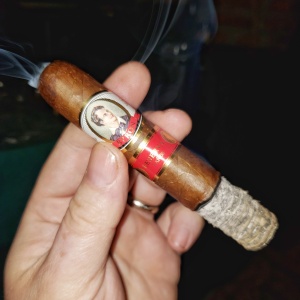 Final 3rd. Wasabi like spice builds in the retro. Pronounced notes of cedar, orange, and a cinnamon spice. The burn was still great and straight as an arrow. About half way through the final third, the orange notes disappeared and it became more caramel, wood, leather, and an increasing cinnamon spice. The finish left a bit of cinnamon spice on the lips and tongue.

Both cigars performed exceptionally well, and certainly made for an amazing evening! I do think the pictures and notes back up my assertion that the Byron stands up to even the best Habano cigars. This should not be surprising as the man behind Byron and the owner of Selected Tobacco, Nelson Alfonso, is one of the VP’s at Habanos and is involved with the Cohiba Behike, Montecristo, Romeo y Julieta, and H. Upmann lines.

While the Romeo was excellent, I am giving the “win” (though the Romeo was certainly no loser) to the Poema, as it had a better draw, more complexity, and did not have the ammonia notes in the final third. If you have not tried a Byron, you need to. I highly recommend them.