My wife and girls like this BBC show, Father Brown. It is a mystery show based off of The Father Brown Mysteries written by the famed by G.K. Chesterton. As the title suggests, the sleuth of the series is Father Brown; a Catholic Priest with a penchant for solving mysteries and murder.

One of Father Brown’s “sidekicks” is one Mrs. McCarthy. In the TV series she is excellently played by Sorcha Cusack. 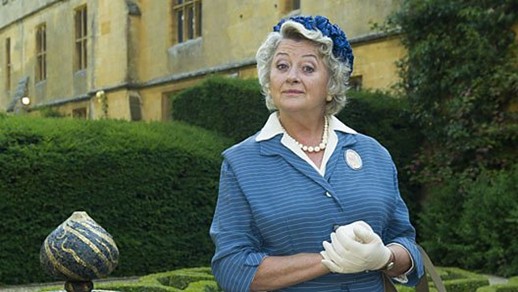 One of the reasons I say she is excellently played by Cusack is that I can’t stand her! She drives me nuts! Cusack’s performance totally nails the persona of the quintessential old church lady. Prim, proper, and excellent at baking. She sees herself as being kind, pious, righteous, and as a woman who should be respected. But the reality is that she often comes across as very self-righteous, judgmental, and given to gossip, and she has no problem jumping to negative conclusions about people who don’t live up to her expectations. If the elder brother in the parable of the Lost Son of Luke 15 were a sister, she would be it.

To me she represents what many think of when they think of what a “Christian” is. One of the reasons that perception exists is because there are more than a few Mrs. McCarthys in the church. I know. I have run across many myself. I tell you, sometimes I have wished that these people who tell people that they are atheists and help us in reverse!

It is next to impossible to expose one of these Mrs. McCarthy types to themselves. They are often so convinced that they are right they can’t see their hypocrisy.

What can you do?

You need to show them some Father Brown. 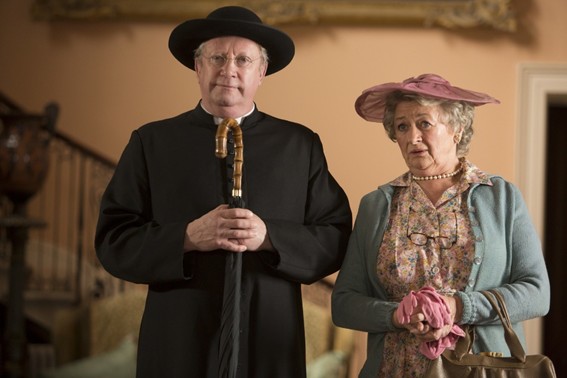 No, I don’t mean the TV show or the books, I mean you need to treat them like Father Brown treats Mrs. McCarthy.

Father Brown loves her and is friends with her knowing full well who she is, and loving her anyway.

He does not always respond to every jab or dig or insinuation he makes. But when he does it is never a put down.

He is very forgiving of her.

More than once when Mrs. McCarthy was in the wrong because her wrong thinking or conclusions, or attitude, she nevertheless led Father Brown to a break in the mystery and so he responds by thanking her for helping him so much.

In a word, he does not give up on her. He loves her in spite of her blemishes and failures. Not because he does not see them. But in spite of the fact that he does. He knows that he can’t change Mrs. McCarthy. But he knows that is not his job. That is God’s job. His job is to love her as best he can….and to solve the disturbingly high number of murders that take place in the tiny English countryside village of Kembleford!

Father Brown represents what we Christians should be. Out for the truth, but to build people up and bring them closer to God, not to simply show them how they fall short or to expose them when they sin for the sake of exposing them. It takes no special talent or spiritual acumen to do that. But to do what Father Brown does? That takes spiritual maturity! We could all do well be channel a bit more of Father Brown…including myself.