But you are not to be called ‘Rabbi,’ for you have one Teacher, and you are all brothers (Matthew 23:8, NIV).

In my last two posts, I shared that common and every day experiences were often what served as the springboards for Jesus’ lessons. Scripture was His textbook, life was His classroom. Over and over again we see that Jesus took advantage of “everyday life” to teach His disciples.

It is my contention that Jesus has not changed His methods, and that through the Holy Spirit, He is doing the same for us; giving us special graces in common places, lessons that He wants us learning to help us work out the grace that He is constantly working into us (Philippians 2:12-13).

You see, love is not a concept to be understood but a relational commitment to be lived out with everyone you meet. And while you certainly have plenty of opportunities to be learning that here, most of the opportunities to do so are out there in the everyday.

What I want to do today and tomorrow is to share a little bit with you about what that looks like. After all, it is one thing to agree we are no less the church when we are “scattered” than when we are “gathered;” but it is another thing to be learning it. So much of the Christian life is just as much caught as it is taught.

I’m going to do a little “Pastor Dan: Unplugged” for you. I’m going to share a little about what God has been teaching me lately and some of the special graces that I found in some very unexpected common places.

I’ve been learning that the work that God wants me doing is not always the work I want to be doing, or thought I’d be doing.

I have felt a bit like Peter Parker in Spiderman: Homecoming.

Peter was recruited by Tony Stark to join the Avengers (of course that actually happened in Capitan America: Civil War, but they recap it—ha! Re-CAP, like Capitan America’s nick name! hahahaha!—in Homecoming).

Tony outfits him with a supped-up-super-suit and he holds his own against some powerful opponents.

He’s got great gifts. He’s got the heart, the smarts, the courage, and the creativity to do great things. He’s got crazy potential to be a super superhero. But the call never comes. He’s going crazy just waiting. Have any of you ever felt like that?

After earning three degrees in biblical and theological studies and getting well under way on a fourth I thought I’d always be working in the church or teaching or writing and speaking. But for the last two years, God has had way different plans. I’m working in a cigar shop. I’m a co-host on a weekly cigar podcast.

I’ve been waiting for answers. How long is this season going to be? What’s the reason for this season? When am I going to get back to pastoring? When is the next call coming?

I have been asking questions like those a lot. I have been praying over them, asking God what, when, and why? I have been reading the Bible with an ear to those answers.

Proverbs 3:5 (NIV), Trust in the LORD with all your heart and lean not on your own understanding.

Have faith. Trust. Wait. Yeah, I get that. It is easy to understand. But how do you live that out in the everyday stuff? It is not always so easy is it? The way to live out God’s commands is not always clear.

Having knowledge of the truth is important. But that is not the same as knowing how to apply it, how to live it out in any given situation. That is the difference between knowledge and wisdom. That is why we need Jesus to give us special graces in common places. We need to have the Spirit’s leading to live out the truth we know.

I want to share with you how I have been discerning Jesus’ answers to these questions of mine over the last few months.

Now, the point of sharing these things with you is to give you an example of the special graces I have found in the common places of my everyday life. My hope is not so much that you take to heart anything I say. No, my hope is that the Spirit starts working in your mind and heart while I am speaking to make you realize that He has been no less active in the common places of your life.

Sunday night of this past Memorial Day weekend, I found myself at the hospital with Anna again. Her feelings of depression, anxiety, and anger had been uncontrollable. I was there with her all that night through Monday evening. It took that long to find an open placement for her. What a way to spend Memorial Day weekend right?

One of the things that God was teaching me that night was that right now I can’t be in formal pastoral ministry. In fact, a weird providential twist of irony, twenty years ago on that very day, I had graduated from Reformed Theological Seminary, Orlando. I was set to go from there into a lifetime of pastoral ministry.

Now on the 20th anniversary of that graduation, God was clearly saying: “Stop interviewing with churches. I don’t want you leading a church right now.” And as that thought sank in, so did reality. God had been saying that through a bunch of different ways for a long time. I had sort of surrendered to that, but had not submitted to it.

Now, it was unavoidable. It was clear to me I hadn’t done that. I needed to submit to His will for me. And now I was seeing the wisdom of it. I can’t give the kind of time and energy to Anna and the rest of my family and also look after a congregation. I need to focus on them right now, and for the foreseeable future. Family needs me too much.

Now, fast forward to two weeks ago, I was sitting in my home church listening to Pastor Chris’s sermon, and all the sudden “Bam!” Spiderman Homecoming popped back into my head. Not because I was distracted, but because something Chris said started a conversation between Jesus and I.

Now in order to share this conversation, I have to tell you a little bit about the movie. But don’t worry, I’m not going to tell you any more than what they showed in the previews.

At one point Iron Man has to come and rescue Spiderman. He had got tired of waiting. He was feeling ignored. So he decided to take matters into his own hand and things quickly spun out of control. He had made quite a mess of things you understand. And Tony Stark steps out of his suit and has a frank sit down with Peter.

Peter: For how long?

Peter: But I’m nothing without this suit!

Tony: If you’re nothing without the suit then you shouldn’t have it.

Then that passage from Matthew came into my mind:

Now this passage isn’t against having formal titles like Rabbi, teacher, father, or pastor, or professor. It isn’t against calling people by titles either. Remember, Jesus gave twelve of His disciples the title “apostle.” The context of this passage is about the misuse and abuse of the Pharisees because of their titles. They were using the authority of their title and position to set themselves up over the people.

Leadership in the church—pastor, elder, deacons—is not based on having an office or title but on having influence though loving relationships with people.

It is relational, not hierarchical. I’m not saying that there is no authority or accountability structure, what I am saying is that the authority of the leaders and the accountability between the leaders and the congregations is founded and focused on love and submitting in love to one another, not primarily because of a person’s title or position.

And so, I really believe the Spirit started to speak to me saying, “Don’t get wrapped up in titles, Dan. You don’t need to have a pastor’s title to do what I have called you to do. If you need the title, then you’re doing it wrong. I have not removed My call by putting you where you are, I have put you where I need you to live out My call.” Leadership in God’s kingdom is not about doing things for God, it is about being obedient in doing the things God gives us to do.

Then I remembered, when I decided to go to seminary, I went with the attitude that there was no downside to it. At best, I would have the necessary academic credentials to pursue my calling into pastoral ministry. At worst (if you can say worst) I would be well educated in my faith and that would set me up to excel in my practice as a husband, father, and worker in Christ’s kingdom.

You see, there is no not being a worker in His kingdom. I don’t see myself as having been demoted or benched. In some ways I feel promoted! Or at least I think I should feel that way.

We sometimes are guilty of thinking that pastors and missionaries are the ultimate Christians. That, my friends, is not at all the case.

In truth the most influential Christian leader, mentor, and spiritual father I have ever met was an insurance salesman! Charlie “Tremendous” Jones. I have never met anyone who was more wise, more fun, or more thankful than him.

…and I have never met anyone who loved God as well as he. I really can’t express how much influence he had on me (and Mandi too) over the 6 years I was his spiritual son. He held no titles, but he did more for the kingdom than most people with titles.

Never confuse a degree or a title or a position as necessary things to possess in order to do “real” work in the Father’s kingdom. Most kingdom work happens in the everyday, common, and normal places of life where none of those things really come into play… like spending 21 hours in an ER with your anxious and hurting daughter.

Do you see what I mean? Are you picking up what I am laying down?

Jesus is always discipling us, giving us special graces in common places. The question is: are we listening? 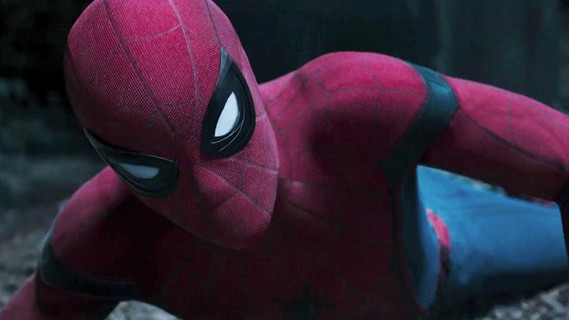