When I was in high school I went on a youth group trip through my church that was designed to build leadership skills. It was a two week hike through the White Mountains. There were fifteen of us “yoots” on this trip. The way it worked, was that two of us were paired together and tasked with leading the group on that day’s hike. The youth leader and the guide we were with would give us a map and show the trail we were to follow for the day and where we needed to get to. We were given a compass and relieved of our watches. At that point, whoever those two students were, were in charge for the day. They set the pace, decided when to take breaks, when to eat, and where to camp that night. Of course, the guide was there to make sure we didn’t get lost and was a resource if we got really stuck. And so, we disappeared into the mountains. 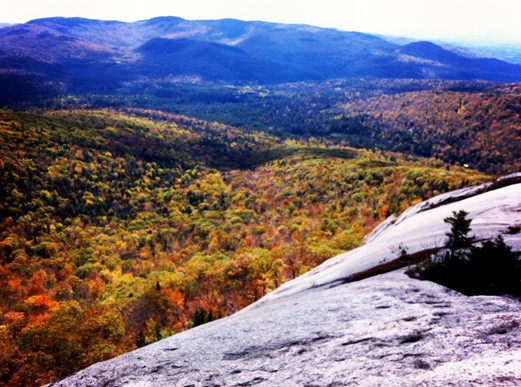 The last day of the trip only one person had not been a leader yet, and I was picked to co-lead with this girl. But this time, we were shown the map, given the compass, allowed to keep our watches and were told that we were on our own today. And with that the adult leaders and guide left the camp.

Today, that would probably get you fired. But no one in the group gave it a second thought. By this time we all thought we were experts at this, and readily accepted the challenge to prove we could do it on our own.

So we broke camp, packed up, and went on our way. Everything started off great. But as time went on, the blazes that marked our trail seemed to get farther and farther apart, and eventually stopped altogether. Not only that, but the trail itself did not seem to be as clear. After a while, I started to get nervous. I remember walking a good twenty paces ahead of the group and prayed, “God, I don’t remember seeing any trail marks for a while now, and I have no idea where we are. Please give me a sign so that I know we are on the right path.”

About five minutes later, we rounded a bend, and up in a tree about eight feet up was a wooden sign. Whatever had been on that sign had long since been worn off by the elements. It was completely blank. This is when I started to learn a lot of what I know about prayer—and about God’s personality.

I looked up at heaven and exclaimed, “Very funny! Now, I want a sign that tells me exactly where I am, and where I need to go, and how long it will take me to get there!”

No word of a lie, about five minutes later, we rounded another bend and there was this huge sign! It was about five feet long and four feet high, there was a detailed map that was encased in glass or plastic, protected from the weather. There was a big red arrow pointing to a spot on the trail that read, “You Are Here.” It also said we were about a forty-five minute walk from where we needed to get to.

We ended up beating the adults by an hour and a half. They were waylaid by a moose. But I digress…

The point of the story is this: That day, I started learning that prayer really works. God really does hear and answer prayer. I also started learning that God is not above playing with you, so be very specific about what you want if you ask Him for anything. Don’t just ask God for a sign. That prayer has way too many blanks in it that He will fill in on His own. When I think about how long that blank sign had been there and how long it must have taken for the weather to make it blank, I started to realize how much time God had put into my prayer before I even prayed it. He has quite the sense of humor! But it also made it clear just how much He loves me and that He was more than willing to give me the sign I really needed.